Doesn’t the F.C.C. or Federal Communication Commission have something better to do like attempt to save the dying AM radio band? 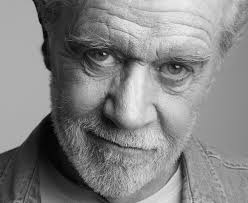 Good grief.  The late comic George Carlin is rolling in his grave.  Remember his “7 Dirty Words You Can’t Say on TV?”  That case went to the U.S. Supreme Court.

The F.C.C. is now considering whether to punish broadcasters for saying the word “Redskins,” making it the eighth dirty word, adding it to “shit,” “piss,” “fuck,” “cunt,” “cocksucker,” “motherfucker” and “tits!” This from George Carlin’s famous “7 Dirty Words” comedy routine.

F.C.C. Chairman Tom Wheeler said, “There are a lot of names and descriptions that were used over time that are inappropriate today.  And I think the name that is attributed to the Washington football club is one of those.”

So I thought, “Darryl.  What does that First Amendment of the Bill of Rights say?”